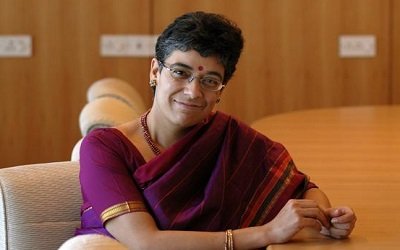 Tata Global Beverages Limited (TGBL) announced that Ireena Vittal has been appointed as Non Executive Independent Director on the board of TGBL with effect from October 22, 2013.

Ms Vittal, a former partner with McKinsey & Co, is a recognised thought partner to consumer-facing companies looking to build large-scale, profitable businesses. She has also served governments and public institutions to design and implement solutions core to India’s development, such as inclusive urban development and sustainable rural growth. Ms Vittal was a founding member of the economic development practice and the global emerging-markets practice at McKinsey.

After 25 years in the corporate world, she is currently working in the urban and agriculture space and is also an Independent Director on the board of select Indian companies such as Axis Bank, Titan Industries, Indian Hotels, Godrej Consumer, Glaxo Smithkline and on the global advisory board of ideo.org.

Ireena Vittal graduated in electronics and has an MBA from the Indian Institute of Management, Calcutta.

Dabur India Ltd (DIL) announced audited financial results of the company for the quarter and half year ended September 30th, 2013.