Use technologies and resources to achieve food security : Anwar 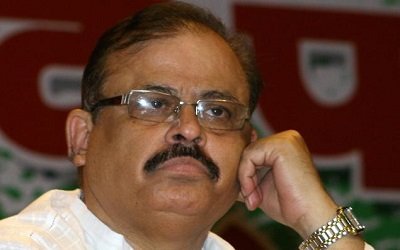 Union Minister of State for Agriculture and Food Processing Industries Tariq Anwar said use of better technologies can help us achieve our primary goal of food security even if availability of land and water is constant. “We just need to use these resources more judiciously,” he emphasised. Anwar was speaking at the inauguration of World Agriculture Congress in Hyderabad on November 5.

He also said Indian agriculture faces serious challenges like shrinking land, depleting water resources and inefficient water use, adverse impact of climate change, ineffective management of energy resources, shortage of farm labour, poor and inefficient market infrastructure, lack of access to appropriate technology, increasing cost and uncertainties of domestic and international markets and the biggest challenge which the country would be facing in the coming years will be how to ensure food security in face of growing population.

Stating that Biotechnology is expected to play a major role in improving productivity, the minister said, “What is needed is robust regulatory system, which has scientifically established mechanism for evaluation of genetically modified crops so that all the issues raised on this matter can be put to rest. On this issue he reiterated the request made by the President of India wherein he had exhorted the scientific community and Indian Council of Agricultural Research to contribute to the public discourse and provide clarity on this sensitive issue”.