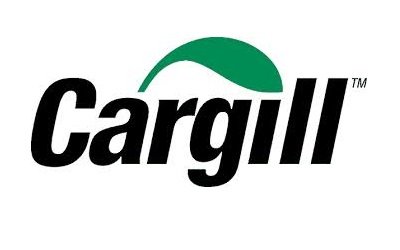 Cargill had announced that its board of directors has elected David W MacLennan, currently Cargill’s president and chief operating officer, as the corporation’s next chief executive officer effective from December 1, 2013, succeeding Gregory R Page, who will serve as executive chairman. MacLennan, will retain the title of president and continue as a director of the company. The transition is the result of the company’s ongoing succession planning with the board.

“Over the past several years, I have had the opportunity to work closely with David, especially in his roles as chief financial officer and chief operating officer, and I have been impressed with his leadership, his vision, and the breadth and depth of his knowledge and experience. This is a dynamic and diverse global company. We are excited about the opportunities ahead and have the highest confidence in David to deliver on that promise,” said Page.
MacLennan joined Cargill in 1991 and has held various leadership positions within the financial, risk management, energy and animal protein businesses in the United States, London and Geneva. He was elected Cargill’s president and chief operating officer in 2011. In 2008, he was named Cargill’s chief financial officer and elected to the Cargill Board of Directors. Prior to joining Cargill, MacLennan was a senior vice president with LIT America in Chicago and served as president of Fixed Income Capital Markets at US Bancorp Piper Jaffray in Minneapolis. In addition to the Cargill board, he currently serves on the board of directors of C H Robinson Worldwide, and the Greater Minneapolis St Paul Regional Economic Development Partnership (Greater MSP).

“I am honored by the trust the board has placed in me and feel privileged to have the opportunity to follow Greg Page, a truly outstanding leader and CEO,” MacLennan said. “Under Greg’s leadership, Cargill has seen remarkable growth across many dimensions, focused our operations on innovation and value added products, helped our customers thrive and better positioned the company to help feed the world sustainably for years to come.”
In his role as executive chairman, Page will continue to lead the board and will represent the company in a variety of interactions and public forums with customers, policymakers and others, and will be available as a resource to the company.

The Cargill Board of Directors also elected Emery N Koenig, as a vice chairman of the company. Koenig continues to serve as Cargill’s chief risk officer. Since joining Cargill in 1978, Koenig has worked in a variety of commodity trading and risk management roles in the United States and Switzerland. Koenig currently serves as chairman of Black River Asset Management, an independently managed subsidiary of Cargill.

Paul D Conway, will continue as a vice chairman of the company.