Modified dietary supplement may be solution for stunting in children 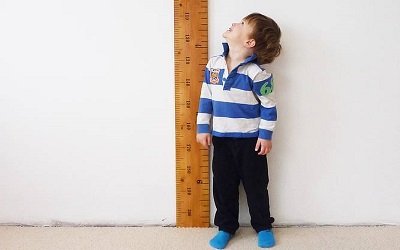 Consuming modified version of a common human dietary supplement may help cure stunting and cognitive delays in children which is said to be caused by a family intestinal worms, scientists at the University of California, USA have found out.

In the research, performed under Dr Raffi Aroian, principal investigator, scientists cured lab animals of intestinal worms that belong to a family of parasites, which currently infect 1.5 billion people by feeding them a modified version of a common human dietary supplement.

Dr Aronian said that they need to replicate the results in other animals and also in humans, but this is an important development in their effort to find a safe, affordable and effective way to confront a major global health problem.

While rarely fatal, soil-transmitted helminths (STH) and other intestinal worms are leading contributors to disease in school-age children in low-income countries and are viewed by many experts as among the most burdensome of the world’s “neglected tropical diseases” or NTDs.

The study conducted by Dr Aroian’s team focused on hookworms, common STHs that are found in soil that has been contaminated with human feces. Hookworms can linger in the intestines for years, where they feed on blood and tissue, robbing their hosts of iron and protein and interfering with absorption of critical nutrients.

They frequently cause stunting and cognitive delays in infected children. They also can have long-term effects on educational achievement and productivity.

In the experiment, the hamsters were later divided into two groups. One group received a common strain of the bacteria Bacillus subtilis, which is often marketed as a “probiotic”-a dietary supplement consumed as a pill or added to food that is intended to promote digestive health. It also is the key ingredient in a popular Japanese fermented soybean dish called Natto.

The other group received the same probiotic, except the researchers modified it to express a protein derived from a closely related bacterium, Bacillus thuringiensis or Bt, which is known to be safe in humans but potentially lethal to intestinal worms.