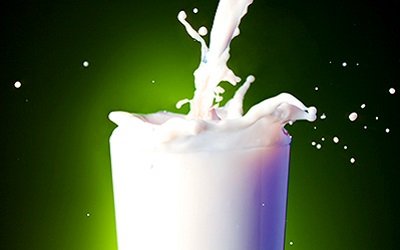 Another feather had been added in to the crown of the Central Food Technological Research (CFTRI), a constituent laboratory of Council of Scientific and Industrial research, New Delhi, as it achieves yet another milestone in the world of food science and technology by developing a new kind of milk, branded as ‘Green Milk’. The milk was developed after a 16 months of research by a team of eight food scientists. CFTRI has launched green milk at the 7th International Food Convention (IFCON) held in Mysore, Karnataka recently.

The milk has been developed from vegetables and leaves sources like moringa (Nugge Soppu), a soluble protein, leafy oils (Kheere and Goni leaves), chicory (CH20 inulin), mushroom (Vitamin D2) and chia/ocimum (Tulsi seed) emulsifier. Though it is called Green milk, it is actually white in colour and can be mixed with tea and coffee.

The shelf life of this green milk is equal to the normal cow milk and it could be kept in refrigerator for five days. However, the milk should be boiled only once or else it will lose its nutritional values on boiling again. CFTRI is working on developing technology for converting the green milk into milk powder.

The current version of the milk has been named as 1.4 (named after the time taken to produce the milk). CFTRI is keen on bringing this innovative product to the market through its own firm company for which it a proposal to launch its own company to sell the milk has being processed.

Kashmiri masala and tea among top flavours of the year