Milk may serve as a protective carrier of bioactive molecules 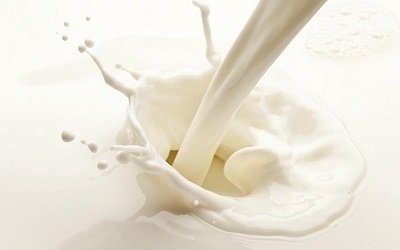 Polyphenols found in tea manifest anti-cancer effects but their use is limited by poor bioavailability and disagreeable taste. A study published in the Journal of Dairy Science shows that when epigallocatechin gallate (EGCG), the major extractable polyphenol in green tea and the most biologically active, is diluted in skim milk or other milk complexes, it remains bioactive and continues to reduce colon cancer cell proliferation in culture at concentrations higher than 0.03 mg of EGCG/mL.

“These results support a new role for milk as an ideal platform for delivery of bioactive compounds and opens the door to a new generation of dairy products providing additional benefits to human health,” said authors Sanaz Haratifar and Milena Corredig, University of Guelph, Ontario, Canada.

For several reasons, tea catechins have poor bioavailability and the goal of the current study was to encapsulate EGCG in casein (milk protein) molecular aggregates, known as micelles, to maintain and enhance catechin bioavailability.

In one experiment, human colorectal cancer cells (HT-29) were grown for 24 hrs in the presence of EGCG in water or dispersed in milk. The number of living cancer cells (cell viability) was measured, and it was shown that EGCG reduced cell viability in a dose-dependent fashion although at higher concentrations (0.15 mg/mL and above), the antiproliferative effect of EGCG in water was greater than in milk.

Another experiment evaluated cancer cell proliferation after EGCG was added to different milk products, including skim milk, milk whey, and milk serum. While some differences were noted in cell proliferation at lower concentrations between EGCG in control medium and EGCG diluted in the milk components, at higher EGCG concentrations (0.8 mg/mL and above), EGCG reduced cancer cell growth by 80% or more, whether diluted in milk or not.

“In order to exert their biological health benefits in vivo, polyphenols must be available and still active, even when present in a food matrix,” said Haratifar. “This study showed that the binding of EGCG to the casein micelles did not affect the bioefficacy of EGCG and cell uptake at concentrations higher than 0.03 mg of EGCG/mL of skim milk.”