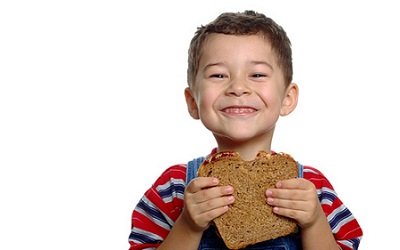 Consumers can’t tell the difference between regular bread and bread with 10% less salt, according to taste tests by Oregon State University (OSU).
Researchers at OSU’s Food Innovation Center in Portland asked nearly 200 people to sample slices of whole wheat sandwich bread made with normal salt levels as well as ones with 10%, 20% and 30% less salt.

People tasted a difference in the 20% and 30% reductions but they still liked the appearance, texture, smell and taste the same as the normal bread, which was made with 14 grams of salt per slice.

They also said they would be willing to buy a loaf of any of the 4 samples.

“It’s surprising that reducing sodium by nearly a third did not negatively affect how much consumers wanted to buy bread,” said Ann Colonna, who manages the sensory science program at the center. “The results suggest consumers would not be able to detect small, incremental cuts to sodium in bread over time.”

Sodium chloride, or salt, is often added to foods to enhance flavor. Bread is one of the largest contributors of sodium in the American diet, according to the Centers for Disease Control (CDC). But too much sodium increases the risk of high blood pressure, which can lead to heart disease and stroke together the leading cause of death in Oregon and the United States, Colonna said.

OSU researchers aim to establish baselines that show the level at which US consumers can detect less sodium in bread. The few existing studies on sodium reduction in bread are from overseas and cannot be applied to the United States because taste preferences vary by country, said Colonna, a food scientist in OSU’s College of Agricultural Sciences.

“The US market place and consumers are unique, and food companies need detailed data to reference when potentially reducing sodium levels in the future,” she said. “We’re trying to get the ball rolling.”

This fall, the results of the study were presented to Franz Bakery, also known as United States Bakery, the largest manufacturer of bread in Oregon.

A CDC grant awarded to the Oregon Department of Health Division funded the taste test.

In 2012, the US Department of Agriculture rolled out new nutrition standards for school breakfast and lunch, and for the first time ever, there is a sodium limit. It will be difficult for schools to comply with new sodium requirements without procuring reduced-sodium bread, said Kim La Croix, a policy specialist for the Oregon Health Authority.

Nestle` USA one of 16 firms which cut calories sold by 6.4 trillion