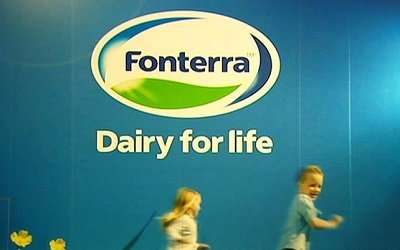 New Zealand’s leading dairy brand Fonterra has announced recall of its fresh cream brands Anchor and Pams for a possible presence of E. Coli in some of the packs. This is the second recall from Fonterra within a year after botulism recall.

The company has recalled 300ml and 500ml bottles of Anchor and Pams fresh cream which were distributed in the parts of New Zealand. The recall involves 8,700 bottles of fresh cream that have been distributed to retail and foodservice outlets.

Peter McClure, Managing Director, Fonterra Brands NZ said, “The voluntary recall is being done because quality tests have shown there may be the presence of E.Coli in some Anchor and Pams bottles of cream with the 21 January 2014 best before date.” “We are sorry for the inconvenience and concern this recall might cause but food safety and quality are our top priorities,” said McClure.

Last year, in August, Fonterra had discovered that some shipments of its whey protein concentrate may have contaminated with botulism-causing bacteria. The ingredient which was allegedly used in sports drink, animal feed and even in infant formula and shipped to nine countries across the world led to imports restriction, stepping down of senior management and huge loss to the credibility of the company.