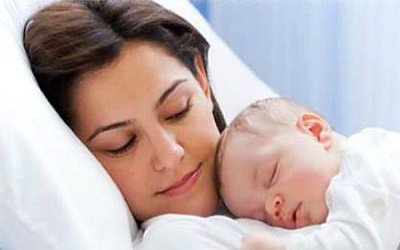 A new study by the Ohio State University suggests that breastfeeding might be no more beneficial than bottle-feeding for long-term health and well-being outcomes in children age 4 to 14.

The study published in journal Social Science & Medicine included an analysis of outcomes across families of different races and socioeconomic circumstances for comparison purposes.

“Many previous studies suffer from selection bias. They either do not or cannot statistically control for factors such as race, age, family income, mother’s employment – things we know that can affect both breast-feeding and health outcomes,” said Cynthia Colen, assistant professor of sociology at The Ohio State University and lead author of the study. “Moms with more resources, with higher levels of education and higher levels of income, and more flexibility in their daily schedules are more likely to breastfeed their children and do so for longer periods of time.”

Previous research has identified clear patterns of racial and socioeconomic disparities between women who breastfeed and those who don’t, complicating an already demanding choice for women who work outside the home at jobs with little flexibility and limited maternity leave. Colen’s study is also rare for its look at health and education benefits of infant feeding practices for children age 4 to 14 years, beyond the more typical investigation of breastfeeding effects on infants and toddlers.

Demographic differences across families that can bias studies in favor of breast-feeding include parental race, age, marital status, family income, insurance coverage, the mother’s education and employment, and whether a woman smokes or drinks during pregnancy.

“When we get more advantaged moms selecting into breastfeeding and we know those traits also will affect the health outcomes, it’s not clear what’s affecting an outcome like obesity – is it breastfeeding itself or those other background characteristics?” Colen said.

Colen analyzed three samples – 8,237 children, 7,319 siblings and 1,773 “discordant” sibling pairs, or children from 665 surveyed families in which at least one child was breast-fed and at least one other child was bottle-fed. The children who were differently fed in the same family represented about 25 percent of the siblings in the data.

For each sample, the researchers sought answers to two basic questions: Was at least one child breast-fed and, if so, what was the duration of breast-feeding?

“Instead of comparing across families we are comparing within families, completely taking into account all of those characteristics – both measured and unmeasured – that differ by family, such as parental education, household income and race/ethnicity,” Colen explained. These same differences between samples were found in the analysis of the effects of the duration of breastfeeding.