Rutaceae, Citrus acida and a vast Potential for Health Products 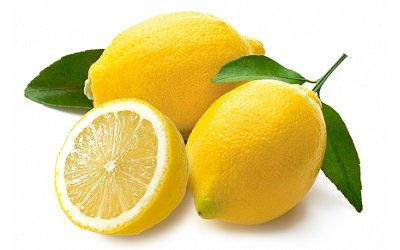 The historical aspects of lemon and related fruits date back to antiquity. Charak, Sushruta and Bhavamishra have described the health and medicinal uses of Jambir (Large lemon) and of Citrus medica (Matulunga/Bijora). The Sankrit term for orange is Narangaka, which became Naranja in Spanish and later orange in English. The Mandarin orange is known in China for thousands of years. The common lemon was known as Amlajambir. It has been stated that Alexander took lemon to Europe. The first record of lemon in the West is by Theophrastus (350 BC). The Jain Goddess Padmavati Devi is portrayed as carrying Matulunga in her left hand (Figure 1). This suggests its medicinal usage too. It was Columbus who took citrus to Haiti in 1493 AD.

The Ayurvedic properties described of Citrus medica and Citrus acida are shown in Table 1. It is interesting to note that while some properties are common in the genus species – specific properties are also stressed. The use of lemon to dissolve urinary crystals has been confirmed with Prof Mihir Joshi at the Crystal Laboratory of Saurashtra University. Currently hardly any Ayurceutical exists in the market with a combination of lemon and Dolichos biflorus for patients with recurrent urinary stones. As the citrus group is known to be Kaphavata Shamak and loaded with ascorbic acid and flavonoids the usage has to be explored as anti-inflammatory in the digestive tract.

The focus has been on Nimbupani and soft drinks rather than the health-specific uses. It is worthwhile to explore a suitable product combining ginger and lemon juice for mild and moderate nausea/vomiting of pregnancy. Traditionally lemon juice has been used for indigestion and hyperacidity, prior to food intake. This provides an opportunity for a palatable ayurceutical combined with some of the Ayurvedic antacid organic products like kowri, shankha and praval. The scope for innovative lozenges capsules and digestive supplements, based on citron, is immense.

The lemon juice has been used for bhavana and shodhan in Ayurveda. The changes induced by repeated rubbing and drying with lemon juice need to be studied with phytochemical analysis. Besides the formation of citrate salts the interactions with flavonoids may be of interest. Cosmetic uses of lemon have been described for skin blemishes, acne etc. There are several cosmetic preparations which emphasise the freshness induced by lemon. But the Ayurvedic properties and current phytopharmacological activities have not been duly explored.

Prof M A Lakshmithathachar has published a volume titled ‘Ksemakutuhalam’, written by Ksemasarma. This is a classic written in the 16th Century. The book has an immense potential for nutra-health and innovative products. For example, the Ayurvedic citrus products described show an immense diversity (Table 2). Though some of these products are culturally and regionally used in homes, their commercial production has to be explored for a global marketing effort. Particularly Naranga Kshirini can be developed as an ayurceutical for gastro-intestinal health and good appetite. This product involves the seedless pulp to be homogenised in condensed milk.

There are many other Ayurvedic citrus products available in the market as pickles, jams, etc. But these products often cater to Indian palate and not enough thought has been given to differentiate the formulations adapted to demands of other countries. For example a tasty oral rehydration formulation can be evolved based on lemon extract, sugar, salt and potassium salts that may cater well to mild forms of traveller’s diarrohea and G.I. upsets.

The market is currently flooded with many lemon based drinks in a commodity mode (Figure 2). However, the values of nutraceutical nature get diluted and as a consequence the unique Ayurvedic strengths remain unknown. CFTRI had developed a drink from lemon which was commercialised by Coca-Cola, without any labeling advantages ascribed to Ayurveda. The western major corporations are reluctant to recognise the nutritional wisdom of India. But would not hesitate to adopt and adapt the products to suit their marketing strategies. Indian companies have to evolve Ayurveda based innovations in nutrition.

There is need to create a path of brand building for the citron ayurceuticals and ayur-cosmetics. The discipline of nutra-epidemiology would provide hits for novel products. The hits have to be developed into leads and candidates through Reverse Nutraceutics and Reverse Cosmeceutics. However, to generate an awareness of the vast potential the National Research Centre for Citrus should be upgraded to a highly advanced institute, with adequate infrastructure, personnel and resources. The institute can engage in public-private partnerships for innovative products with brand potential. There is also a need to rapidly conduct translational research for converting commodities into unique brands. The awareness for citron Ayurceuticals and cosmeceuticals can be enhanced by recognition of major brands through awards, prizes and citations.

Every child has the right to proper nutrition