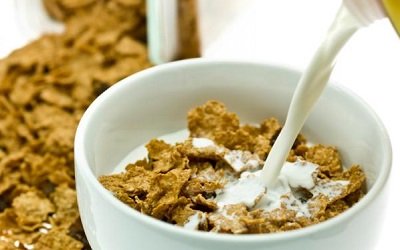 For consumers on a quest for a convenient and nutritious breakfast, new research presented at the American Society for Nutrition’s annual Experimental Biology conference held in San Diego on April 26-30, 2014 shows how a cereal with milk breakfast is one of the best ways to start the day.

One study, sponsored by Kellogg Company, found US children and teens that have cereal with milk for breakfast consume more of several vitamins and minerals compared to those who have other types of breakfasts. “Unfortunately, skipping breakfast becomes more common as children grow into teenagers,” said Latha Devareddy, senior nutrition scientist at Kellogg. “Children who skip breakfast may be missing out on important nutrients in their diet, such as vitamins A, D, calcium and iron. This research shows how starting the day with a cereal and milk breakfast can help children get more of these critical nutrients.”

Also, presented for the first time at this conference, research in Mexico has shown the value of breakfast cereal for helping Mexican children get more of the nutrients they need.

“While most children in Mexico eat breakfast, cereal is not as commonly consumed as in some other countries,” said Deisy Hervert, nutrition scientist at Kellogg and one of the researchers on the study. “Yet, Mexican children who had cereal for breakfast had higher intakes of 10 vitamins and minerals compared to children consuming other types of breakfast, or skipping the meal altogether.”

Other research presented at the conference also showed how cereal can be consumed outside of the breakfast meal, as a snack at school, to help children get more fiber in their diet. In the study, children exchanged a typical school snack for a snack that provides fiber, such as cereal, resulting in an increase in fiber intake without a change in calories.

In partnership with leading researchers throughout the world, Kellogg sponsors these studies as part of a commitment to advance nutrition science and research through publications and participation in national and international conferences, such as Experimental Biology.

“This research is critical to help Kellogg, health professionals and consumers better understand the power of breakfast and the many benefits of cereal,” said Lisa Sanders, director of global nutrition and scientific affairs at Kellogg Company.

With 2013 sales of $14.8 billion and more than 1,600 foods, Kellogg is the world’s leading cereal company; second largest producer of cookies, crackers and savory snacks; and a leading North American frozen foods company. Through its Breakfasts for Better Days initiative, the company is providing 1 billion servings of cereal and snacks – more than half of which are breakfasts – to children and families in need around the world by the end of 2016.