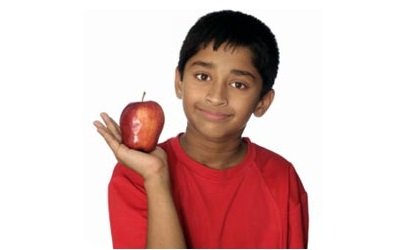 The new government assumed office at the Centre. Many policies are expected to be reviewed and many will be formulated. An important policy initiative of last year, Food Security Bill (FSB) may need reconsideration because non-availability of food probably is not a universal problem in India but far more significant is malnutrition on which government needs to focus.

In fact, malnutrition and under nourishment are maladies that reduce the economic potential of not only individuals but also countries. According to conservative estimates, based on research, malnutrition can cost countries an average of 6% of their GDP. The World Bank estimates that if proper preventive measures are taken in 36 countries, including India, with high burden of undernutrition, the impact would be signifi- cantly positive. There are 50% more children with inadequate nutrition compared to adults. Proper preventive measures could result in 30 million fewer stunted children and preventing child mortality of 1.1 million, thereby reducing prevalence of acute malnutrition by nearly half.

In India, nutrition insecurity and micro-nutrient deficiency are the most most widespread health problems, especially in case of children and lactating mothers. They are the cause of nearly 40% of the children’s death annually, and impact the health of the mother leading to nearly 60,000 deaths during child birth annually.

It is now established that if a child does not get proper nutrition in the first thousand days of their life, then the child is stunted, resulting in poor cognitive and memory capacity, higher incidence of diseases in later years and less ability to work efficiently. The damage once caused during the early years of growth can never be repaired.

Malnutrition can be of different types and needs a concerted policy approach. Nearly 40 crore people in India suffer from vitamin and mineral deficit. According to National Family Survey (2005-06) micro-nutrient mal- nutrition is a persistent problem in India. Micro-nutrients in a daily diet of about 70% of Indian population is reported to be less than 50% of the standard requirement. It is estimated that nearly 3,00,000 children below the age of 5 die annually because of lack of Vitamin A, iron, iodine, and zinc. More than half of pre-schooler children and their mothers suffer from Vitamin A deficiency, and nearly 70% suffer from anemia. It is estimated that nearly 25% of the Indian population suffers from zinc deficiency significantly contributing to child mortality, stunted growth and several other health issues in later life.

To address the problem of deficiency of micro-nutrition malnutrition, one of the solutions is fortification of food items. This simple step of providing a nutrient enriched diet can make important contribution in improving the health of the child and improving efficiency of a working adult popula- tion. Also, whole foodgrains containing all parts of the grain – the bran, the germ and the endoscope – are necessary for healthy growth. On the other hand, if the bran is removed from processed and refined grains, then it results in loss of dietary fibre, contained specifically in the outer bran layer of the grain. Examples of wholegrains that contain high levels of dietary fibre include wheat, rice, barley, oats and rye.

Though the traditional Indian diet was composed of high fibre diets, the modern and more westernised Indian diet of fast foods is low in dietary fibre. Dietary fibre reduces the risk of obesity by giving a feeling of fullness, and reduces blood sugar levels (dia- betes) by delaying the release of food sugar and preventing insulin spikes. Studies have also shown beneficial health effects of dietary fibre in prevention of colon cancer. Dietary fibre consistently and significantly reduces the risk of heart disease by lowering blood cholesterol levels. India has the highest rate of heart disease in the world; it is estimated by the World Health Organisation (WHO) that by 2020 heart disease will be the cause of over 40% deaths in India as compared to only 28% in 2005. Thus, India is set to be the heart disease capital of the world.

Recent studies suggest that lack of omega-3 fatty acids in mother’s diet can predispose their children to a higher risk of diseases in later life. Mother’s diet is capable of chang- ing the offspring DNA, the building blocks of human body. Thus, diet is not only important to maintain the overall health of an individual; it also plays a critical role in maintaining proper growth and health of the next generation.

Our brain needs a constant supply of energy from food. A study in the UK established that breakfast could contribute significantly in providing energy and nutrients to children. A healthy breakfast plays an important role for the health of a child. According to re- search on French children, a higher percentage of people who skip breakfast, record reduced intake of many essential nutrients such as vitamins, iron, calcium and dietary fibre.

As evidenced from research, people who regularly have breakfast tend to have a healthier body weight. Moreover, children who eat breakfast in the morning perform better in school. The future of a nation depends on its next generation, and therefore, educating the next generation is critical. It would be useful to ensure that children have breakfast regularly. In India nearly 25% of the population skips breakfast and generally these are the school going children and females. The government could consider a breakfast policy for school-going children, in addition to the mid-day meal scheme, which is successfully opera- tional across the country.

To provide nutrient enriched food requires appropriate food policy in India. On one hand, Food Corporation of India (FCI) has to procure and distribute raw food and on the other appropriate storage capacity has to be created and increased. A renewed surge in commodity prices could plunk a significant proportion of the world population into poverty especially in Asia and Africa. In 2008 there were food riots in 35 countries. The expected El Nino impacting agri- culture should imply that food policy, including buffer stocks, of the gov- ernment is revisited.

The minimum support price (MSP) has been fixed by the government of India since late 1966 to give incentives to the cultivator to adopt mod- ern technology to raise productivity and food grain production. The MSP serves to provide an effective floor price to the grain market.

MSP is based on cost of production, comparative international prices, intercrop price parity, and terms of trade between agricultural and non-agricultural output. In addition, other important issues like rational utilisation of water, land, and other production resources are also con- sidered. In the cost structure, fertil- izer cost is less than 5%, while wages account for nearly 30%. To ensure healthy Indians, it may be helpful if the government could revisit the food policy of India.

In an important task of nation build- ing, public-private partnership could be conceived and contribution of private sector could be considered eligible for expenditure under corporate social responsibility.

How will R&D and Regulations help Celiac disease patients in India and When?