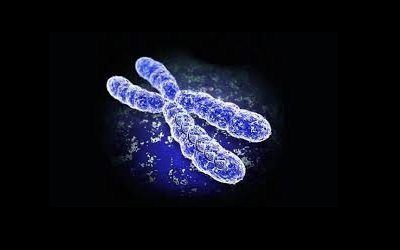 Scientists at Albert Einstein College of Medicine of Yeshiva University have found that bacteria that aid in digestion help keep the intestinal lining intact. The findings, reported online in the journal Immunity, could yield new therapies for inflammatory bowel disease (IBD) and a wide range of other disorders.

The research involved the intestinal microbiome, which contains some 100 trillion bacteria. The role of these microorganisms in promoting or preventing disease is a major emerging field of study. Einstein scientists found that absorption of a specific bacterial byproduct is crucial for maintaining the integrity of the intestinal epithelium, the single-cell layer responsible for keeping intestinal bacteria and their toxins inside the gut and away from the rest of the body. Breaching of the intact intestinal epithelium is associated with a number of diseases.

“Intestinal bacteria secrete a wide variety of chemicals known as metabolites,” said Dr Sridhar Mani, Miriam Mandel Faculty Scholar in Cancer Research at Einstein. “These bacteria and their metabolites were known to influence the intestinal epithelium’s integrity, but precisely how they did so wasn’t known,” he added.

Dr Mani and his colleagues suspected that bacterial metabolites exert their influence by binding to and activating a protein in the nuclei of intestinal epithelial cells called the pregnane X receptor (PXR), which was known to be activated by chemicals within the body (such as bile acids), as well as by drugs, including steroids and antibiotics. In a series of mouse studies, the researchers found that a metabolite called indole 3-propionic acid (IPA) produced exclusively by so-called commensal bacteria, which aid in digestion, both strengthens the intestinal epithelium’s barrier function and prevents its inflammation by activating PXR.

PXR activation suppresses production of an inflammatory protein called tumour necrosis factor alpha (TNF-a), while increasing levels of a protein that strengthens the junctions between adjacent intestinal epithelial cells. “By adding probiotics in the form of IPA-producing bacteria to the intestine or by administering IPA directly, we may be able to prevent or treat IBD and other inflammatory disorders that occur when the intestinal epithelium has been compromised,” said Dr Mani. “Such a strategy could also be tried for other health problems that may occur when the intestinal epithelium breaks down, including certain forms of liver disease, diabetes, asthma, allergies, obesity and heart disease,” he added.

The Paradigm shift of Health to Health & Wellness