“Probiotics – Transition from Tradition to Science” 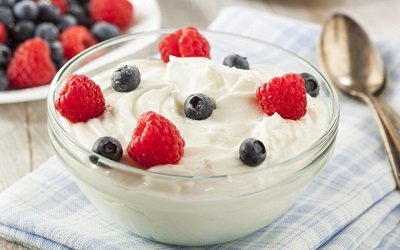 One business magazine proclaimed “Microbes maketh Man” while the Economist stated, “If Gut Bacteria are making you ill, can swapping them make you healthy”. Few areas of Biology have received as much attention as the Gut Microbiota with articles on this topic regularly adorning the covers of top peer reviewed journals. This is largely due to the of the advent of powerful deep sequencing technologies and success of two of the most ambitious projects – the Human Microbiome Project and Metagenomics of the Human Intestinal Tract launched by the National Institute of Health, USA and the European Commission, respectively. Both these initiatives have provided a fascinating insight of the fact that we are in fact ten times more microbes than human cells. Most of these microbial cells reside in the Gut and are called the Gut Microbiota. Often referred to as the Forgotten Organ, the Gut Microbiota weighs almost 2 kilograms and functions as a virtual organ system and is the most populated ecosystem. Significant contribution of the Gut Microbiota in health maintenance and evidence linking changes in the microbiota to gastrointestinal and extra-intestinal disorders like Irritable Bowel Syndrome, Inflammatory Bowel Disorder, Obesity, Diabetes, Celiac disease etc. has made this area of science receive more attention than any other. One of the most compelling and persuasive examples to highlight the importance of the gut microbiota comes from the ground breaking research and study in cases of antibiotic resistance Clostridium difficile infection where fecal microbiota transportation has been shown to be highly effective in eradicating infection and associated symptoms. The critical role of the gut microbiota in maintaining health also comes from findings in germ free animals that have poorly developed immune system and are often more susceptible to infection than their conventional counterparts.

Because the Microbiota represents a health asset with some microbial constituents becoming a liability, the rationale is to enhance assets and offset liabilities. This is where Probiotics become a part of the bigger story linked to the Gut Microbiota. Probiotics are defined as, “live microorganisms which when administered in adequate amounts confer a health benefit to the host”. Operationally a probiotic may be defined as a mimic of the beneficial effects of the gut microbiota. Spurred by global progress to identify effective strategies for shaping a heathier microbiota, scientific evidence has progressed rapidly for the possible role of probiotics in manipulating the plasticity of the gut microbiota. Well controlled intervention trials, systematic reviews and meta-analysis provide convincing evidence for the benefits of probiotics including ones with valuable health implications. Solid Science therefore underlies the probiotic concept and a quick search of the term reveals more than 8000 indexed publications in Pubmed since the expert consultation report in 2001. Therefore, this unfolding story promises much including significant scientific and societal impact.

Probiotics are defined by their Genus, Species and Strain and clubbing all probiotic bacteria of one genera and species together is a folly, some have no probiotic effect and those that do differ profoundly in their genotype and phenotype. The effect of one probiotic strain cannot be extrapolated to another even if it belongs to the same genus and species. It is therefore important that each probiotic strain is supported by its own dossier of scientific evidence with relevant studies conducted using similar intervention levels as those recommended for daily consumption.

It must also be remembered that probiotics are not drugs; they are not alternatives or substitutes for conventional therapy. They are in fact supplements and like many naturally occurring agents that maintain health and thereby reduce the risk of disease. Probiotic research aims to find single interventions with beneficial effects on multiple health conditions by favorably modulating the gut microbiota.

The precise mechanisms that under pin the health promoting effects of probiotics are not fully understood but it is believed that a wide range of metabolic processes and mechanisms are involved, including the modulation of the composition and metabolic activities of the intestinal microbiota, maintenance of mucosal barrier function, protection against pathogen invasion, production of beneficial metabolites and anti- microbial substances and stimulation of immunity.

With the fast progress of the Science there has been a rapid development of a number of probiotic products and companies with the right mix of access to proprietary probiotic strains, appropriate processing technologies and distribution networks dominate the industry and are successfully expanding the range of probiotic enhanced products. An example of one of the most popular probiotic products in the Indian market is Yakult, the first probiotic to be launched in Japan in 1935 which contains Lactobacillus casei strain Shirota, a strain of bacteria that that has a scientific heritage of more than 75 years and has been granted the FOSHU (Food for Specified Health Uses) accreditation in Japan by the Consumer Affairs agency . This label is only given to those products that are scientifically validated for both their safety and efficacy.

As probiotics go mainstream, they are bound to receive the legitimate attention of regulatory authorities with an interest in protecting consumer interest from misleading claims. An overriding challenge however is managing the different ways that health care professionals, regulators, scientists and legislators see the health benefit claim on probiotic products. While research must stand up to scientific scrutiny, it must also comply with the regulatory definitions of what constitutes appropriate research end points for specific product categories. The path for research on drugs is fairly straightforward. However the path to provide evidence that will substantiate a health benefit claim for a food or a dietary supplement is not as clear because foods are not regulated for disease treatment but only to support or maintain normal body functions or reduce the risk of disease in the general population. Therefore the clear distinction needs to be made.

Although the Indian market is still nascent capturing the understanding and need for the category, a recent IMARC report, has predicted the Indian probiotic market to grow at a CAGR of about 25% during 2014 – 2019. The global probiotic market on the other hand is growing at a CAGR of 6.2% and expected to touch 36.7 billion USD in 2018. So what drives the probiotic interest in our country today? Is it the increasing consumer interest in health and wellness, rising prevalence of stress related and lifestyle diseases, need for preventive medicine because of the harmful effects of urbanization. Perhaps it is a combination of all these coupled with the holistic concept of health that focuses on promoting good health rather than the manifestations of ill health that is expected to be catalysts in driving the Indian probiotics market in the coming years.

Glimpse into the future

With greater awareness of the science that underlies the probiotic concept and the excellent safety profile, the probiotic revolution promises to take health to new heights or as the scientists openly say to new frontiers. This arises at a time when when traditional approaches to drug development are becoming difficult and seem to be on the decline. Contributory factors include high development costs, regulatory constraints and safety concerns particularly because of the emergence of multi drug resistant bacteria. Perhaps the inner world of the gut microbiota offers a new frontier, a more natural and accessible opportunity and bio prospecting the gut microbiota for such therapeutics is already being translated into the clinical arena.

Decades of research have identified some promising immune and gastrointestinal targets for probiotics that include maintenance of a healthy intestinal function, improved tolerance to antibiotics, improved markers of glucose homeostasis and lipid metabolism and an overall reduced risk for different chronic diseases.

In the future, probiotics will be a valuable tool in protection against infection particularly at the extremes of life and in other vulnerable groups, particularly in the elderly. They would be useful for the prevention and treatment of antibiotic associated diarrhoea, especially when used as an adjunct to conventional therapy for reducing the side-effects that often accompany antibiotic use. Recent preclinical data supports the concept that gut microbiota and probiotics may be linked to the enteric nervous system. Probiotics could have a role in immunization programs that might help children’s immune system to increase the memory response to vaccines, improve vaccine or natural immune response or restore antigen specific tolerance.

The most intriguing targets of probiotic usage would probably be beyond the gastrointestinal tract on metabolic disorders like diabetes and obesity where studies in animal models indicate functional involvement of the microbiota. With a rapid understanding of the microbe – host interaction, microbial derived antimicrobial, immuno-regulatoryor anti-inflammatory molecules promise new natural therapies.

In the future probiotics may be developed to address microbiota associated conditions that will probably move beyond the microorganisms commonly used as probiotics today. Genetically modified organisms engineered to produce interleukins, Trefoil factor or Elafin may be developed for the treatment of various diseases.

Although, accumulating data demonstrates sufficient scientific, clinical and public health relevance to justify modifying current clinical practices or to include probiotics in public health policy/ or nutritional recommendations, justice to this science will only be done if readers, clinicians and basic scientists from multiple fields gather courage for a paradigm shift and embark on understanding the evolving science and attempt to discern what it takes to provide a leap to the pursuit for better health.

For a country like India the vision for probiotics would mean a fundamental change in perception. It means developing diet based intervention strategies that permeate across masses and get ingrained into the public health system without being viewed as a medicine.