Industry expects amendments to FSSA in line with draft regulations 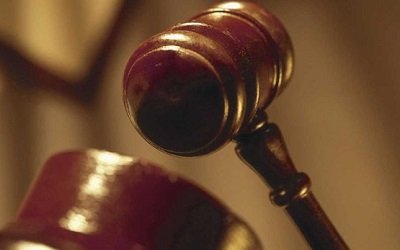 The food industry hopes that the government will bring in the new Bill with additional support system to the industry within six months and encourage serious players to look at the nutraceutical sector with interest.

The Bharatiya Janata Party government led by Narendra Modi which came to power in May 2014 has started implementing its plans and programmes to make India a manufacturing hub. In its first six months in office, the government has given major boost to the food processing industry by decreasing excise duty on plant and machinery and packaging besides announcing financial support for setting up mega food parks and testing labs in the country.

With the changing business and industry requirements, the cabinet which met on November 5, chaired by the Prime Minister, approved the withdrawal of the Food Safety and Standards (Amendment) Bill, 2014 introduced in the Rajya Sabha by Gulam Nabi Azad, the then minister for health and family welfare.

While withdrawing the bill, cabinet noted that the Food Safety and Standards (Amendment) Bill, 2014 needs to be further amended after taking into account the judgements of the Supreme Court; Lucknow Bench of the Allahabad High Court, and representations received by the government and other recent developments. Based on further examination, a fresh set of amendments will be finalised by the Ministry of Health and Family Welfare, it added.

Gulam Nabi Azad, while tabling the Bill on February 19, 2014, said “Sub-section (1) of section 5 of the Food Safety and Standards Act provides for the composition of the Food Authority consisting of a Chairperson and 22 members, which does not include the Chief Executive Officer. It is proposed to include the Chief Executive Officer in the composition of the Food Safety and Standards Authority of India (FSSAI). Further sub-section (1) of section 5 of the said Act provides that one-third of the members shall be women in the composition of the said Authority. Out of 22 members of the said Authority 12 members are nominated by the Central Ministries, Departments, the States or Union territories. It is quite difficult to ensure appointment of one-third women members out of these 12 members. This makes it imperative to appoint seven women members out of remaining 10 part-time members representing food industry, consumers’ organisations, eminent food technologists and scientists, farmers’ organisations and retailers’ organisations.”

Reacting to the withdrawal of the bill Sanjaya Mariwala, Managing Director, OmniActive Health Technologies said, “The Supreme Court judgement on withdrawing the FSSAI amendment is vague and as of now there is no clarity on what changes the new government is going to institute. From what we have heard that product approval process has been speeded up but there is a lot of ambiguity still in the laws. In fact the industry needs answers from the ministry as to what the future holds for them.”

Sharing his views on what the industry expects from the amendment, Dr R K Sanghavi, Chairman – Nutraceutical Subcommittee, Indian Drug Manufacturers’ Association (IDMA) said, “The industry expects amendments in the current act to be in line with draft regulations already framed for nutraceuticals products (health supplements) and provide for governance of food sector products aligned to global practices.”

He further said that the Supreme Court matter pertains to the FSSAI appealing against the Mumbai High Court’s judgment declaring the Product Approval procedure via the advisory dated May 11, 2013 as unlawful and FSSAI is not authorised to make such a regulation unless it follows the due procedure as laid down in the FSSA.

Saif Mahiuddin Mehkri, Director, Marketing, Bio-gen Extracts said “I assume that, the new ministry under the leadership of Narendra Modi would have wanted to add more teeth to the Bill to make it more comprehensive and also to accommodate the sentiments echoed by the honorable courts.

“We in the industry are very hopeful that the new government would pass a legislation that protects the interests of all the stakeholders concerned and put the Industry back on the rapid growth path.”

George Kuriakose, Vice-President, Marketing, Bio-gen Extracts, commenting on how these changes will help the industry said, “The changes will bring about more clarity, in the sense that the industry will be aware of where they stand and what remedial actions are if any have to be implemented. It will go a long way in dispelling the uncertainty and confusion that is prevalent in the current scenario.”

Dr Sanghavi hoped that the government will bring in the new Bill with additional support system to the industry within six months, if not sooner.

“Bring about legislation that can be implemented, which weeds out the unscrupulous fly-by-night operators who bring a bad name to the industry and will also encourage serious players to look at the Nutraceutical sector with interest,” said George Kuriakose .

This will also result in more funds coming into the sector enabling the Indian Nutra Industry to leverage its vast natural resources to make an impact in the burgeoning domestic and global markets, he added.

The way ahead for Indian Nutra in 2015