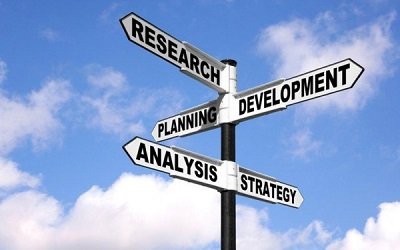 Today attracting top researchers in the area of nutra is not an easy task, inclusive of the financial expectation on the one side and the general working conditions for discharging high level research becomes a challenge on the other side. In this context retaining talent is equally a problem for the industry and research organisations as the mobility of jobs has created many vacuums irrespective of whatever may be the rules of the game, but there appears to be a constant mobility of top class researchers from one organisation to another. In the wave of globalisation especially in nutra sector same is true as talented youngsters today want exceedingly good industries or laboratories and also centres of excellence in research which are very well globally recognised and networked with interdisciplinary research. This assures them research platform for use in various areas including product development and IPR. Therefore when we look at the filling of the intellectual gap in any research organisation or industry R&D, one thing that really comes to my mind is the role of education in meeting the demand for that human resource for tomorrow.

Perhaps the introduction of nutra concept, i.e. the knowledge of nutrition, the knowledge of Ayurveda, the knowledge of pharmaceuticals, the knowledge of physiology and the knowledge of many traditional wisdoms and social knowledge becomes very important in the development of a good nutra scientist. This can happen through knowledge mining with profound systemic doses at different levels of education so that it can transcend itself into higher levels of thinking and may end up having to take a very aggressive career in this important segment. The social impact is large and the structure becomes very robust with that kind of young India or the young global population looking into research in public universities, public R&D and public-private industries with an impact of globalisation of the localised knowledge.

All these have to merge with many a times a researcher getting into an organisation and would not move out of the organisation sometimes for long periods! This may not only be less productive to an organisation because of the fatigue of working in the same area, but I guess there are scenarios where when the job moves along with the person or the person moves without the job there are both losers and winners! On the one side there are also very huge opportunities in attracting international challenges cascading into national challenges. On the other side, let see China rising the research power house Index into a much more rapid growth in its research and has surpassed UK and Germany since 2011. China’s remarkable progress in research, year-on-year growth and market share as seen in the international comparative performance of the UK research base 2013 report is indeed worthy to mention. One of the key factor that has been attributed to such a lead is China’s research mobility model and also multifaceted activity of the researcher. This raises an important question of how one can globalise the individual country’s model and see that what is best for the country in question adopting such a model. One can make it happen to reach the research goals and training requirements and retraining requirement of the scientists (very similar to the pilot training schools for aircraft – which keeps renewing the knowledge base of the pilot as a mandatory training!). Perhaps this is so much needed in today’s advancing science knowledge because of the galloping, high speed, logarithmic and huge growth of nutra science which is difficult to catch up just by either reading or by googling! It is this academic ambience of high science and high technology and strategic research that is needed in nutra from the young researchers’ platform of stabilised industries. This way tomorrow’s India can lead globally in the arena of nutra science and technology and perhaps will make a difference if the changed strategy for NuFFooDS is adopted !