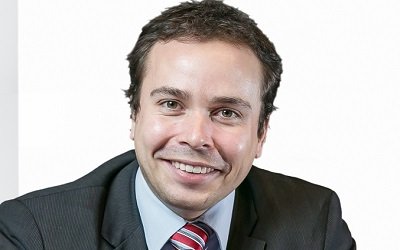 BENEO, a part of the Südzucker Group – one of the leading food producers in Europe, is currently represented in more than 75 countries around the world. With 900 employees in six offices and five production sites, which are located in Belgium, Germany, Italy and Chile ensuring consistent high quality food ingredients and services. Formed in 2007 by the companies Orafti, Palatinit and Remy, BENEO’s affiliation with the Südzucker Group enables the company to complement its extensive customer support in terms of nutritional or technological research and development. A year ago BENEO has appointed Christian Philippsen as managing director for the Asia Pacific region. Philippsen joins the BENEO Asia Pacific (APAC) team from his previous position in Germany, where he worked for BENEO’s parent company Südzucker Group. In an email interview with NuFFooDS Spectrum, Christian Philippsen, Managing Director BENEO Asia shared his views on the trends and market competition in the country and plans for the company in the coming year.

How BENEO has looked at the growth of the company in India in particular and the region in general in the last one year?

India in fact was the country with the biggest growth in Asia Pacific during the past year. This development was mainly driven by our functional carbohydrates Palatinose (isomaltulose) and ISOMALT. India proves that also in emerging countries our functional ingredients derived from chicory, sugar beet and rice offer interesting opportunities for the food and beverage industry while meeting consumers’ needs.

What factors in India are driving BENEO to launch its products in India?

India has one of the largest populations in the world and it is projected to overtake China as the world’s most populous nation by 2030. The country also has a high GDP, which is increasing year-on-year, indicating a sign of affluence among certain population groups. This is also affecting the Indian dietetic patterns:
According to a recent report from the Expert Group of the Indian Council of Medical Research, fibre-enriched food supporting digestive health will steadily gain importance in India as “Western-style” diets – typically processed or refined and low in fibre – influence Indian food in urban areas where convenience food will become key to busy lifestyles. BENEO’s prebiotic fibre inulin and oligofructose support fibre intake as well as digestive health without altering taste or texture of the reference product. In January 2015 BENEO received a positive 13.5 EFSA health claim opinion for inulin supporting bowel regularity.

Indian diets are generally high in carbohydrate. Taking into account that India is the country with the highest diabetes prevalence (according to the WHO, India counts 50 million people suffering from diabetes), Indian consumers are starting to look for healthy food alternatives with a low glycaemic response. Low glycaemic food and ingredients supporting low glycaemic food and beverages are regarded as one major trend in India. The functional carbohydrates Palatinose (isomaltulose) and ISOMALT, as well as prebiotic fibres inulin and oligofructose help to develop healthier alternatives of food and beverages with a low glycaemic blood glucose response. BENEO received positive 13.5 EFSA health claims opinion for the low glycaemic characteristics of its prebiotic fibres oligofructose and inulin, as well as health claim approvals for the functional carbohydrates, Palatinose (isomaltulose) and ISOMALT and their beneficial effect on blood sugar levels.

Besides diabetes, osteoporosis is another health concern for India. Despite the fact that dairy products are heavily consumed by Indians, 36 million Indians were estimated to suffer from osteoporosis in 2013 according to the Arthritis Foundation in India. 1 out of 8 males and 1 out of 3 females in India suffer from osteoporosis with the age group of 50-60 at greater risk. Thus products and ingredients supporting bone health are likely to gain interest in the coming years. That is why we see potential for BENEO’s inulin-enriched oligofructose (Orafti®Synergy1), a well-balanced fibre that supports mineral and calcium absorption.

At present BENEO has no direct presence in India. How do you make your presence felt among customers in the market, which has a huge geography?

BENEO works closely with our well established sales network partners (Brenntag Ingredients, SFA Food and Pharma Ingredients), who reach customers across the whole country. This way our customers benefit from local expertise and BENEO’s services and experiences at the same time. Actively participating in nutritional and industry specific summits, conferences and exhibitions in India, like this Nutra Summit, enables us to present our products to existing and future customers.

BENEO’s key product lines include functional fibres, functional carbohydrates, specialty rice ingredients, and wheat gluten. Of these which product lines do you feel India can absorb immediately or is in need in the market?

Functional fibres and functional carbohydrates are the key focus for India market. In fact, BENEO’s isomalt has been well accepted by the market, which is moving toward more sugar-free or reduced-sugar products in respond to the national fight against diabetes. Demand for Palatinose, inulin and oligofructose is also expected to grow in the near future.

India has many local and international players in ingredients space. How do you see the competition in the Indian market?

The competitive situation in India is complex – including international as well as local players. Additionally, the slogan of “Made in India, made with Indian, made for Indian” is gaining attraction. Products carrying this slogan are produced locally, with local ingredients, for local consumers. This growing local focus as well as import legislation is a new challenging situation for all non-Indian companies.

Among the Asia- pacific region, how do you see the markets in other countries such as Malaysia, Singapore, China, Australia etc.?

Markets in Asia Pacific have varying degrees of local and regional influences, as well as different consumer needs that have to be considered. Despite this diversity, we are seeing the following major trends in the region:

Consumers are living more hectic lifestyles, hence demand for easy-to-prepare and on-the-go food is increasing. Despite the increasing demand for convenient meals, consumers do not want to compromise on taste, texture or mouth feel and still want these meals to be healthy and nutritionally-balanced.

With consumers becoming more health conscious, the preference for less fat, sugar, gluten, lactose, preservatives or artificial colours is causing the elimination or reduction of these ingredients from food products.

With the recent food scares in the region, consumers and authorities are paying more attention to food safety and hygiene.

What the challenges before the companies like BENEO in India and other markets?

Although India is a potential market with many opportunities, BENEO also recognizes several challenges at local level. Those include a complex food regulatory system governed by the FSSAI (Food Safety and Standard Authority of India) and also a high level of competition, both directly and indirectly.

In general, consumers are actively looking for healthier food and beverage options. This is why it will become even more important to translate the nutritional and health benefits of functional ingredients and products into a language that is understood by consumers. BENEO is conducting regular consumer research to receive insights into the knowledge and understanding of consumers. With growing customer expectations, it is becoming more and more challenging to stay ahead of the curve but BENEO is well prepared to fulfill these needs.

Looking at the market opportunities in India what are your future plans for India operation?

India will remain one of BENEO’s core markets. BENEO will continue to offer ingredients from natural sources, sound scientific substantiation of their benefits and the expertise on how best to use them. We will work closely with our sales network partners to support food manufacturers in India to produce healthier and more balanced food products.

Sami Labs adds 4 US patents to its IP portfolio