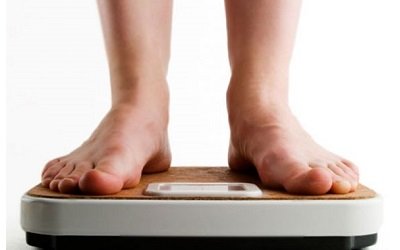 A study published in the International Journal of Obesity shows that having low self-esteem related to one’s weight and keeping food visibly available around the house outside of the kitchen may be predictors of obesity.

The Ohio State University study focused primarily on determining whether the home environment—architectural features and food storage and availability—was associated with obesity, but also measured a number of psychological factors. While architectural features had no relationship to obesity status, several food-related findings did.

The researchers recruited 100 participants, aged 20–78. Fifty were not obese, and the 50 obese participants had an average body mass index of 36.80 (a BMI of 30 indicates obesity). Researchers conducted a two-hour home visit with participants, interviewing them about food consumption, assessing the layout and food storage in the homes, and having participants complete self-report psychological questionnaires. They followed up two weeks later to evaluate participants’ food purchases and physical activity.

The architectural assessment documented such details as the distance between favored spots in the house and food storage as well as stairs and doors that might be obstacles to food access.

People in the study who were obese kept more food visible throughout the house and generally ate less-healthy foods, such as sweets, than non-obese research participants. The two groups spent about the same amount of money on food and reported eating similar amounts of total calories, but non-obese participants spent less on fast food than did obese individuals.

“The amount of food in the homes was similar, but in the homes of obese individuals, food was distributed in more locations outside the kitchen,” said Charles Emery, professor of psychology at Ohio State and lead author of the study. “That speaks to the environment being arranged in a way that may make it harder to avoid eating food. That has not been clearly documented before.” In addition, obese participants reported significantly lower self-esteem related to their body weight than did non-obese people. Obese participants also reported more symptoms of depression.

Though the statistical modeling identified predictors of obesity status, the predictors shouldn’t be considered causes of weight problems, Emery said. “We’re painting a detailed picture of the home environment that two different groups of people have created. Whether that environment contributed to obesity or obesity led to the environment, we don’t know.”