Nestle India gets clean chit from all labs 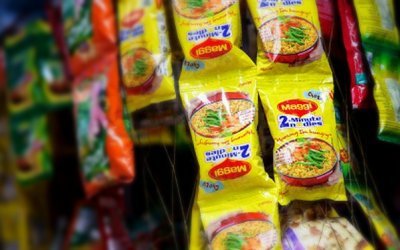 Nestle India, which is under storm because of alleged high amount of lead content in its most popular brand -Maggi Noodles – received sign of relief as all the three labs in which its samples were tested, have given clean chit by reporting that the samples contain lead much below the permissible limits.

Nestle India in a statement to BSE said, “All the 90 samples of Maggi noddles, covering 6 variants, tested by the three labs as mandated by Bombay High Court are clear with lead much below the permissible limits”.

It may be recalled that Nestle India undertook fresh tests as per the directions of the court which has revoked the ban order passed by Food Safety and Standards Authority of India (FSSAI) and the Food and Drug Administration, Maharashtra on Maggi Noodles on August 13. All the samples were sent to three centres accredited and recognised by the National Accreditation Board for Testing and Calibration Laboratories (NABL): Vimta Labs, Hyderabad; Punjab Biotechnology Incubator, Mohali; and CEG Test House and Research Centre Pvt Ltd, Jaipur.

Nestlé India maintained that it remains committed to working with the FSSAI, FDA Maharashtra and other stakeholders. In compliance with the orders of the Bombay High Court, Nestle India said that it will commence manufacture and will start selling only after the newly manufactured products are also cleared by the designated three labs. And it is committed to reintroduce Maggi Noodles at the earliest.