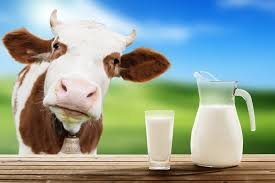 The National Programme for Dairy Development (NDDB) has given Himachal Pradesh the go ahead for two milk processing plant projects. One of these projects would be undertaken in Shimla and the other in Mandi. The implementation of these projects will be undertaken by the northern state government who would also be responsible for refurbishing the old dairy units.

“The milk processing plants have a capacity of 50,000 litre per day (LPD). They will be located in the existing premises (Chakkar in Mandi district) and in Dutt Nagar in Shimla district,” said an official statement by the Government of Himachal Pradesh.

“Out of Rs 3261.16 lakh, Rs 2,991.50 lakh will be the Centre’s share, while the remainder (i e Rs 269.66 lakh) will be the share of the state government. This would provide direct employment to people and help thousands of farmers in Shimla, Kullu, Mandi, Bilaspur, parts of Hamirpur and Kinnaur districts,” the statement added.

“The milk processing plant in Chakkar was established in 1971 under an Indo- German project with an installed capacity of 10,000 LPD, which was later doubled to 20,000 LPD. In view of the old structure of the plant building and the increased activity level, it has been proposed that the project be upgraded and the plant capacity be increased to 50,000 LPD,” Nihal Chand Sharma, chairman, Milkfed.

“In this proposal, there is also a plan to enhance the capacity of the Dutt Nagar facility, which is currently 20,000 LPD, by creating an additional processing facility with a capacity of 1 lakh LPD equipped with an ultra-high temperature (UHT) milk packaging plant in a new location, since sufficient vacant space is not available in the existing premises for any expansion and this plant is handling around 60,000 litre of milk in flush. In addition to the above, the enhancement of plant capacity will also help to achieve the consumer demand for milk and milk products in urban areas in the operational area of the milk federation,” he added.

Nestlé strengthens its presence in Vevey with Nespresso