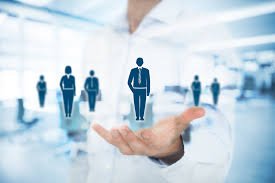 Kemin Industries, global nutritional ingredient company that uses science to touch more than 3.8 billion people every day with its products and services, announced the selection of its leadership team for its newest business unit, Kemin AquaScience™, formerly known as AquaKulture.

In April 2018, Kemin officially announced it would be dedicating a global team to the aquaculture market in 2019 with a newly formed business unit. The now-launched Kemin AquaScience serves the growing aquaculture industry as it shifts from wild caught to farmed fish and shrimp, expanding its partnership with feed mill operators, farmers and fish meal producers to help raise the healthiest aqua species with better growth, uniformity and economic returns.

“Kemin AquaScience transfers our knowledge and expertise in animal nutrition and health to the aquaculture industry, while maintaining our strong customer experience,” said Dr. Chris Nelson, President and CEO, Kemin Industries. “By having strong leadership around the world in the regions where we operate, we can better provide for the global market. We can offer our superior service and our years of experience in innovative solutions to help improve sustainable fishing and shrimp farming.”

Leo Xie-Lei recently joined Kemin as Chief Commercial Officer for the business unit and Regional Director of its China market, based in Shanghai. For the past decade Xie-Lei has held business leadership positions in the nutrition and food industries, most recently as President, Asia Pacific for the enzymes, cultures and yeast extract business of Royal DSM NV. Prior to that he was Vice President of Greater China for DSM’s Human Nutrition and Health Business.

Three other regional directors will be located in aquaculture markets across the globe to best serve customers:

Chinnadurai Sugumar will be the Regional Director for the South Asiamarket. He joined Kemin in 2007 as a product manager for Animal Nutrition and Health – India, before moving to the company’s Singapore office in 2010, where he was later promoted to platform manager for Animal Nutrition and Health – Asia Pacific. Sugumar has 14 years of experience with feed formulation, as well as feed mill and farm operations in both the aquaculture and animal feed industries.

Nicola Tallarico will serve as Regional Director for the EMENA market. In 2010, he became a technical service manager for Kemin Animal Nutrition and Health – EMENA, following the acquisition of Eurhema, where he had worked for several years. Tallarico then moved into the role of product manager for Kemin’s SAFE platform, the company’s program designed to guarantee safety of feed by controlling microorganisms, mycotoxins and oxidation challenges.

Ning Widjaja will be the Regional Director for the Asia Pacific market. She served as the region’s aqua business manager for Kemin Animal Nutrition and Health prior to the demerger of Kemin AquaScience. Widjaja has worked for more than a decade in the aquaculture industry, covering many aspects of the value chain across multiple countries including Indonesia, Vietnam, Thailand, India and China.

Dr. M. Rajalekshmi, R&D Director, will handle global research and development for Kemin AquaScience. For the past 12 years, she has led Kemin research groups on diverse projects catering to animal nutrition and health. Dr. Rajalekshmi has numerous publications and patents associated with new products and processes in aquaculture and animal nutrition. She received her bachelor’s degree from Kerala University of Fisheries and Ocean Sciences and holds a Ph.D. in post-harvest technology from the Central Institute of Fisheries Education, Indian Council of Agricultural Research, Mumbai, India.

Kroger, Microsoft jointly to market RaaS to the industry