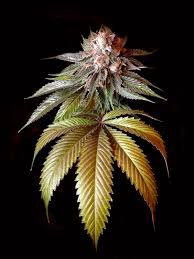 This expansion coincides with the company’s recent execution of its first strategic brewing agreement.

Cannabiniers, a beverage, technology & brand management company revolutionizing the cannabis industry with first-to-market, patented, safe, natural and fast acting infusion technology, today announced the expansion of its line of non-alcoholic cannabinoid infused craft “Cannabier,” Two Roots Brewing Co, to California. Two Roots will be offered in both THC-infused and full spectrum CBD-infused options and will be available for purchase in select dispensaries throughout California, including San Diego, Los Angeles, and San Francisco.

U.S. legal marijuana peaked at an impressive $10.4 billion industry at the close of 2018, and with an increasing number of states legalizing cannabis for recreational use, that figure is expected to swell to more than $23 billion by 2022.  As California’s marijuana marketplace continues to grow after an estimated $2.5 billion in sales in 2018, Cannabiniers’ move to the state is a major step in the company’s plans for national expansion and the rapidly growing cannabis-infused beverage industry.

This expansion coincides with the company’s recent execution of its first strategic brewing agreement supporting up to 50,000 annual beer barrels, forecasting Two Roots Brewing sales to reach 500,000 bbls annually by mid to late 2020.  “One of the primary drivers to support expanding our brewery operations was due to insights gathered on the sell-through rates in the Nevada market,” said Kevin Love, Vice President of Market Activations for Cannabiniers. “Our initial forecasted run rate to support the entire Nevada market was 2,000 bbls a year.  What we found was that we were hitting those annualized volumes in 10 stores alone. With this heightened sell-through rate, several stores are reporting that Two Roots represents 10% of their total SKUs sold. Since October, we have executed LOI’s to acquire 3 breweries in the greater San Diego area, which represents 200,000 bbls of capacity and expect to add 2-3 breweries under LOI before the end of Q1 supporting an additional 200,000 – 300,000 bbls annually; allowing us to reach our national target of 500,000 bbls annually ahead of plan.”

The company also recently welcomed its newest board member Michael Lorelli, former President of PepsiCo-East, who brings his decades-long experience focused on building brands and managing public and private boards to enhance leadership and brand strength throughout this expansion.