AS Congress marks the confluence of researchers, intellectuals 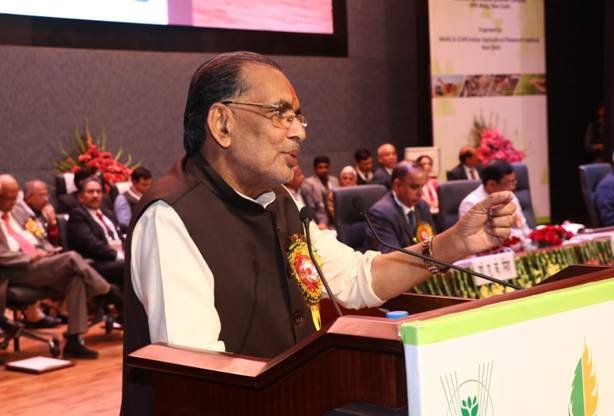 In his inaugural address of the 14th Agricultural Science Congress recently he said that it is nothing short of an Agri-Research Kumbh. He stated the churning of science, technology and knowledge outcomes during this Congress will be of immense value to the welfare of farmers as well as humanity.

He added that the government’s recently announced new scheme Pradhan Mantri Krishi Sampada Yojana will result in creation of modern infrastructure with efficient supply chain management. It will not only provide a big boost to the growth of food processing sector in the country but also help in providing better prices to farmers and is a big step towards doubling of farmers’ income.

He expressed pride in the IARI celebrating 50 years of remote sensing in India. The first national initiative on application of remote sensing technology was attempted way back in 1969 by IARI along with ISRO and NASA for the early diagnosis of root (wilt) disease in coconut at Kayamkulam, Kerala.

He further said that the agri-based start-ups and entrepreneurship development need to be promoted and the Atal Innovation Mission (AIM) including Self-Employment and Talent Utilization (SETU) is government’s endeavour to promote a culture of innovation and entrepreneurship. Innovations will play a critical role in developing solutions and pathways for addressing the agrarian challenges.