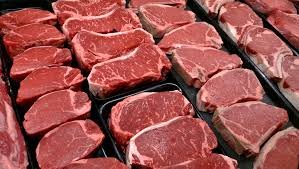 In an effort to remove cancer causing nitrites from deli-type and other processed meats labeled organic, the industry watchdog OrganicEye has petitioned the USDA’s National Organic Standards Board (NOSB). At its public meeting next week, the NOSB will consider whether cured organic meats may continue to be processed with nonorganic celery powder, which contains high levels of nitrates. The powder is derived from celery grown with high levels of synthetic nitrogen that are absorbed by the plant and then used as a nitrate-based preservative.

“The continued use of this material in organic meat is in conflict with the law that requires all synthetic and non-organic ingredients to be safe for the environment and human health,” said Mark Kastel, director or OrganicEye, a project of national group Beyond Pesticides, which bridges consumer, farmer, environmental and public health interests.

The Organic Foods Production Act prohibits synthetic nitrate use in organic crop production and adding nitrates or nitrites in processing. “Nitrates and nitrites are prohibited in organic food because of their impacts on human health, which include methemoglobinemia, hypotension, risk of pregnancy complications, a number of reproductive effects, and cancer,” the group’s lead scientist, Terry Shistar, PhD, stated.

“Substituting celery powder grown with high applications of synthetic nitrogen, when it has the same biological action in the human body, is unethical and undermines the reputation of organic food as the safest marketplace alternative,” she continued. As an alternative to celery powder, OrganicEye suggests that meat processors and retailers can distribute similar products, without preservatives, that would be required to be kept frozen rather than adding nitrates.

OrganicEye is also recommending that the Board remove the synthetic amino acid methionine from the list of allowed synthetic substances, no longer allowing it to be added to organic poultry feed. The additive facilitates industrial-scale confinement operations, rather than managing poultry with outdoor access as required by federal law.

Coca-Cola Board of Directors elects Gilles Leclerc as Company Officer