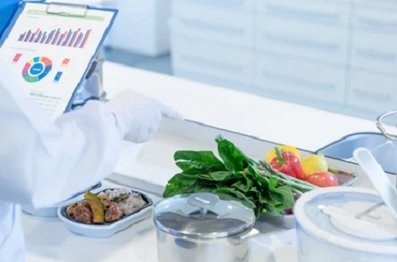 Still, in its infancy, nutrigenomics has the significant advantage of allowing researchers to look at people, diet, life stage, and lifestyle without preconceived notions

We choose a complicated mix of meals throughout our lives, which can have a favourable or negative impact on our health. Complex biochemical processes extract the energy and other essential components that allow us to develop and function, and many previously inconsequential chemicals have since been identified as beneficial. The issue, for both scientists and consumers, is that the benefits do not appear to be uniform for all.

Individual genetic variances in response to dietary components, such as cholesterol and saturated fat intake, have been evident for years. In a 40-year-old male, a 10 per cent drop in blood cholesterol can reduce the risk of cardiovascular disease (CVD) by half. We mention only 10 per cent because this is about the amount to which diet may have an impact on its own, but even that is dependent on our genetic make-up. As a result, we must comprehend how what we eat interacts with our bodies—specifically, our genes—to influence our health. This is where nutrigenomics comes in. Nutrigenomics is a branch of biology concerned with the study of food.

The nutritional study may now take a more holistic approach, thanks to post-genomic technologies that use new technology supplied by human genome sequencing as well as adapting existing ones to analyse how what we eat interacts with our genes. The long-term goal of nutrigenomics is to use an integrated approach known as “systems biology” to understand how the entire body reacts to real foods. This method has the significant advantage of allowing researchers to look at people (i.e. populations, sub-populations based on genes or disease, and individuals), diet, life stage, and lifestyle without preconceived notions.

Nutrigenomics is changing our understanding of nutrition

Genetic testing as part of nutrition guidance may appear to be a bit far-fetched. A genetic test merely to see if you should eat low-carb or increase your vitamin C intake?

Nutrigenomics, when used as part of an integrative dietary strategy, can reveal concerns that a simple health history cannot. This might be anything from a genetic predisposition to heart disease to the fact that you’ve tried everything and still can’t lose weight.

One of the early breakthroughs that proved that nutrition plays a considerable role in human health was Joseph Goldberger’s discovery in the 1920s that he could cure pellagra, a deficiency disease marked by dermatitis, diarrhoea, dementia, and eventually death, by simply adding baker’s yeast to the diet. It would be another decade before niacin was identified as the component in baker’s yeast that prevented pellagra.

Researchers now have the resources to understand how genes and nutrients interact on a molecular level, bringing hard science into nutrition for the first time. The human genome has been sequenced, and DNA microarrays allow researchers to quickly scan hundreds of genes to detect which ones are being expressed and at what amounts, as well as to identify genetic variants that differ from person to person. The several “-omics” fields (for example, genomics, proteomics, and metabolomics) provide several sophisticated tools for understanding what happens inside the cell in response to nutrients and how those reactions differ from person to person. Nanotechnology advancements also promise to open up new techniques to observe and manipulate cellular activities.

Biomedical scientists have a huge opportunity with nutrigenomics. Nutrition has been studied by scientists for over a century, but it has never been treated in a rigorous scientific manner. Now, the instruments are available to conduct the kind of cutting-edge research that may propel the discipline in a completely new direction, one brimming with groundbreaking scientific discoveries and practical applications. Therefore, the nutrigenomics market is growing at an unprecedented rate. According to Reports and Data, the global nutrigenomics market size in 2020 was $416.5 million and is expected to register a rapid 16.2 per cent CAGR to reach $1,393.9 million by 2028.

It is, however, more than simply an issue of having the correct instruments. A variety of factors are converging to give nutrigenomics the potential to become a major new study field. The Women’s Health Initiative, for example, has demonstrated that large-scale clinical trials on specialised nutrition subjects can be conducted, which will be useful in nutrigenomics research. Over the last decade, researchers have made significant progress in understanding the specific chemical profiles of foods, and they now know, for example, which antioxidants are present in particular foods and at what concentrations.

Furthermore, public opinion has shifted in favour of the nutrigenomics-based approach to medicine. People are fascinated by functional foods and the concept that foods can have health-promoting or disease-preventive capabilities in addition to their nutritional worth. Medicine is also becoming more interested in the concept of tailored, focussed therapies, and is moving away from the “one size fits all” mentality. Furthermore, the obesity epidemic has piqued many people’s curiosity in the subject of food in general and how it interacts with their bodies. The convergence of circumstances presents a once-in-a-lifetime chance.

Genomic testing is beneficial to anyone who wants to take control of their health. Genomic testing can assist explain why certain scenarios exist for a patient, such as which dietary pattern is optimal for them.

A practitioner may be able to advise on various eating patterns that will or will not function well based on the genetic composition. Due to genomic preferences for fat metabolism, gene polymorphisms may indicate that your body would not profit from a vegan diet or would not adapt well to a keto diet. A nutrigenomic test can also reveal your personal best macro-and micronutrient sources.

Perhaps your body can’t use omega-3 fatty acids from plants to their full potential, or you can’t turn sunlight into vitamin D. A qualified practitioner can use this information to advise you on the foods to consume or supplements to take to satisfy your needs.

Similarly, a nutrigenomics test may reveal predispositions to particular diseases. For example, we might be able to see gene mutations that raise one’s risk of breast cancer due to genes involved in oestrogen metabolism. Coronary artery disease, diabetes, obesity, mental health, and genetic manifestations have all been connected to genetic disposition, and each has dietary preventative techniques. With this knowledge, you may make informed decisions about how to reduce risk through food.

Despite substantial research into the relationship between genetics, nutrition, and health, the discipline of nutrigenomics is still in its infancy.

This isn’t to imply that genetics isn’t an important factor to consider when it comes to dietary advising. Just keep in mind that nutrigenomics won’t solve every dietary dilemma and that genes are only one of many elements that influence health and the best food choices. While the availability of direct-to-consumer genetic testing for diet purposes may appear exciting and convenient, it also has the potential for being a disadvantage.

It’s always preferable to speak with a health practitioner that specialises in nutrition genetics to understand the relationship between your personal DNA and food.

Spicy substance from pepper gets into breast milk after eating: New finding