Importing Pork: A tone of disagreement sets in? 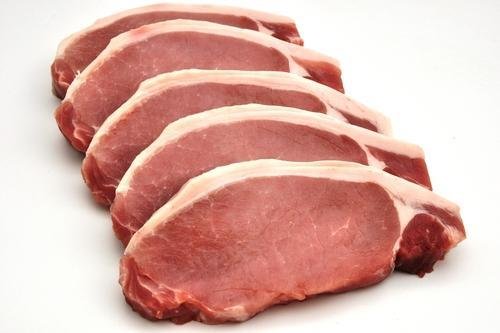 New agreement to allow US Pork, products into India for first time getting mixed reviews

A month after the global movement of Veganuary launched in India, there comes a news about the allowance of the American pork and pork products in the country.

This news follows the successful revitalization of the US-India Trade Policy Forum (TPF) held in New Delhi in November 2021, during which Ambassador Tai raised the importance of access for US pork with Minister of Commerce Piyush Goyal.

Before this announcement, we read reports that India would resume the export of mangoes and pomegranates to the US, also a result of the TPF engagement.

“India’s agreement to allow U.S. pork imports for the first time is great news and a significant development for U.S. producers and for Indian consumers,” said Ambassador Tai.

This for sure has paved the way for more extensive trade deals but in hindsight, there’s a long way to go before it gets approved by our dinner table and the leading importers per se.

In India, majority of the Indian pork consumers resides in its northeast and south regions, and thus would be most affected by this announcement.

To minimize import of pork meat North Eastern Council (NEC), Ministry of Development of North Eastern Region have recently approved the project of ‘Promotion of Piggery fattening in the North East India’ at a cost of Rs 4.9 crore. As a result, pig farmers across the northeast region do not seem very happy with this new trade deal.

Further, in one of the recent conversations with the leading meat processing companies such as Licious and Nandus, no concrete plans were shared for leveraging this new development. “We are not looking at adding any pork products in our portfolio as of now”, said the spokesperson.

Sharing his views on how the Indian market will get impacted, Karan Chechi, Research Director of the TechSci Research said, “The recent import revisions indicate that trade relations between the United States and India are improving. Moreover, the United States administration will continue to collaborate with the Indian government to ensure that high-quality pork and pork products are delivered to Indian consumers. Belgium was the top importer of pork and pork products in India till 2020. However, India is growing its import relations with other countries as well.”

But reports from last year that highlighted how the African swine fever broke-out, leaving behind no means of survival for a few entrepreneurs who were involved in the pork business, might still caste a doubt.

As per the information provided by the Statista on the consumption volume of pork in India from 2013 to 2021, over 295 thousand metric tons of pork was consumed across India in 2021. It was a slight decrease compared to the previous year. However, the overall consumption of pork since 2013 has declined gradually. Rest is yet to be seen.