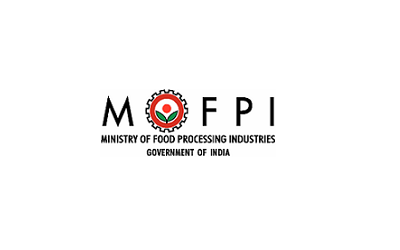 The Ministry of Food Processing Industries (MoFPI), set up in July, 1988 to give an impetus to development of Food Processing Sector in the country has doubled its funding support to the industry in the last six months (from June 2014 to December 2014) to Rs 444.38 crore as compared to funding of Rs 207.35 crore during December 2013 to May 2014.

The minister, Harsimrat Kaur Badal, while taking over the charge of Ministry on May 27, 2014, conveyed her firm resolution to uplift the lives of farmers by raising their income levels saying “The farmers of this country have been at the forefront in providing security to the nation. Now, their incomes are stagnant. The time has come to give boost to the income of our farmers through innovative value additions to the farm products.”

Achievements
Under the Mega Food Parks Scheme, five Mega Food Parks have been accorded final approval during the period from June 2014 to December 2014 with no approval during the period from December 2013 to May 2014. So far, Government has approved sanctioning of 42 projects. Out of this, 25 projects are presently under implementation. Three projects at Haridwar (Uttarakhand) and Chittoor (Andhra Pradesh), and Tumkur (Karnataka) have already become operational and a number of units have been set up in these Parks. Project at Fazilka in Punjab is going to be operational in December 2014. Further, projects one each in Jangipur in Murshidabad district of West Bengal and Khargone in Madhya Pradesh will be completed by the end of this financial year.

Under the Integrated Cold Chain Scheme, seven cold chain projects have been completed from December 2013 to May 2014 and 10 projects during the period from June 2014 to December 2014. Funds under this Scheme have been utilized up to 91%.The Ministry has till date sanctioned 112 integrated cold chain projects with a grant of Rs 935.16 crore and private investment of Rs 1826.11 crore. Out of these, 48 cold chain projects have already been completed and another 20 projects will be commissioned during the current year. So far, 2.46 lakh tons of Cold Storage, 84.86 lakh Litres per day milk processing, 330 nos. of Refrigerated Trucks and 59.5 MT per hour of Individual Quick Freezing capacity has been created.

Two projects have been completed under the Setting up/Modernisation of Abattoirs scheme during the period from December 2013 to May 2014. The Ministry has further approved 17 abattoir projects during 2013-14. In 2014-15 it is expected that the abattoir at Hyderabad (Telangana) is likely to be completed and the projects at Visakhapatnam (Andhra Pradesh) and Edyar (Kerala) would make substantial progress.

The Ministry is concerned with formulation and implementation of the Policies and Plans for the Food Processing Industries within the overall National Priority and Objectives. The Ministry has taken a number of initiatives to promote investment in food processing sector.

Status of physical and financial achievements (Rs in crore)