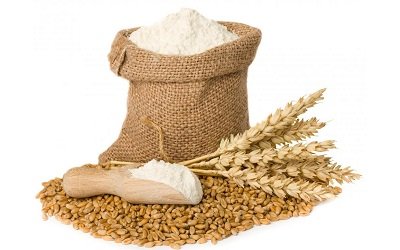 The Packaged Wheat Flour Market in India started breaking the old age traditions of grinding wheat at local Chakki mills by growing at a whooping Compound annual growth rate (CAGR) of 19% and may likely to be double the current size by end of this decade, according to IKON Marketing Consultant’s latest pan India research report titled ‘The Indian Packaged Wheat Flour (Atta) Market – Breaking the Traditions’.

However, the report noted that the wheat flour market largely dominated by local chakki mills in India; the branded packaged wheat flour segment is emerging rapidly in the country by offering better quality, nutrition and convenience.

The Indian packaged wheat flour market comprises few national players and large number of regional and private label brands operating at pan India or restricted geographic market based on their size and capacity.

According to IKON’s estimate, the packaged wheat flour market in India is growing at whooping CAGR of almost 19% since past three years. If the growth trajectory remains the same, market may likely to touch the new height of more than Rs 7500 crore in current fiscal (2015-16) itself. In terms of volume, the packaged wheat flour market in India was more than 2,200 thousand tons during last fiscal 2014-15, growing at healthy double digit CAGR of 15% over the past three years.

The Future
The growing numbers of working women and their inclination towards the convenient food products; will enhance the future demands of packaged wheat flour in India. According to the IKON’s estimates, if the growth trajectory remains the same, the market of packaged wheat flour may likely to be more than double the current size by the end of current decade.

The marketer needs to come up with new and innovative product packaging and product proposition for differentiating themselves and for sustainable long-term growth. It also expected that the consumers would eventually give more importance to the its origin of ingredient and related convenience factors in case of Packaged Wheat Flour, said Taruna Sondarva, Sr. Consultant at IKON.

Azaz Motiwala, Founder & Principal Consultant of IKON Marketing Consultants added, “I am highly optimistic about the packaged wheat flour market in India. The current growth figures looks promising, however the players with strong brand image, product quality, distribution network and constant R&D for product innovation capabilities will going to stay in the market. ”

The current market trends
However, with the entry of large number of market players having better quality, fresh and convenience-packaged flour; the wheat flour consumption trends have been shifting towards the branded packaged atta.

The rigorous advertising in print and visual media campaigning on quality, hygiene, health, convenience factors by the players are helping to heighten the sales of packaged wheat flour in the country.

The competition
The Indian packaged wheat flour market consist of plenty of brands each one is trying to distinguish themselves with origin of wheat, manufacturing process, quality, taste, textures and price to attract customers. Besides leading brands, there are more than 500 regional brands in India. Each flourmill has its own brand, sometimes even more than 2 brands of packaged wheat flour.

ITC’s ‘Aashirvaad’ is the clear market leader among the national players in branded packaged wheat flour market in India with occupying more than 35% market share where as several regional brands (produced by flourmills serving region specific market) together occupy major 40% share of market.

Shakti Bhog with wider penetration holds almost 12% market share where as other national players such as Pillsbury, Nature Fresh and Annapurna occupies below 10% market share.

Due to varied geographical taste preferences and beliefs, to satisfy Indian consumer with standard offering remain the biggest challenge for marketers and so as the case with packaged wheat flour.

Global market for botanical supplements to grow to $ 90.2 billion by 2020