A jolt to FSSAI 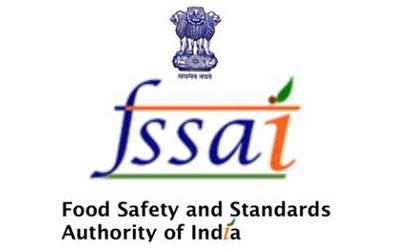 Food Safety and Standards Authority of India (FSSAI) suffered two major judicial setbacks in the span of less than a week. First one in the Bombay high court over Maggi wrangle. And the other in the apex court about product approval with far reaching implications.
The high court asked Nestle India to get a fresh test done of its noddle products from NABL accredited labs. But, it quashed the ban order of FSSAI on the basis that principles of natural justice were not followed by not giving a hearing to the manufacturer before the action.

In another case, the food regulator lost its authority to approve products since its advisory making prior product approval mandatory, the court ruled, “did not have force of law” and was beyond its powers as provided by the FSS Act, 2006. The apex court dismissed FSSAI’s appeal in this matter and upheld the judgement of the Bombay high court. Following the court judgement, FSSAI announced discontinuation of the product approval process.

Both the judgements in a way are reflections of the style of functioning of the food regulator, which appears to have overstepped its legal barriers by issuing advisory without legal power and imposing ban on products without observing simple principle of natural justice of hearing the other side.

Industry heaved a sigh of relief following the Supreme Court order as many product approvals were pending or were put on hold, some were rejected and it was a time consuming process, delaying launches of products.

The manufacturers and legal experts feel that products can now be launched quickly and with ease if they are compliant with the existing Act and regulations framed under that. However, some in the industry circles are still wary of this issue and are asking the question ‘what next?’ They feel there is no clarity on the issue and hope the regulator will clarify.

Another reservation that some in the industry have is that a fresh regulation will be issued by FSSAI observing all the norms in the Act. The government can also amend the Act giving authority to FSSAI to issue advisories. But both routes will consume time. Legal experts feel that it needs to be seen if such amendment amounts to excessive delegation of power.

As majority of the industry feels that products compliant with existing Act can now be launched without product approval, and as the industry will move in that direction, it is certain that the industry has more responsibility now. It will have to ensure that consumers get safe food even though it is not checked by any regulator.

Altering the preference given to medicine over food is the key for food safety: Experts