Lycopene antioxidant helps to fight against many life threatening diseases 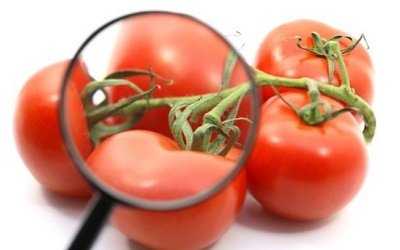 Lycopene is a naturally occurring antioxidant available in many ripe fruits such as tomatoes (the major source of the carotenoid antioxidant lycopene which helps for lowering the risk of cancer), watermelon, grapes and papayas. It is also found in some type of shellfish and vegetables such as apricots, guavas. Lycopene improves fertility in men and it is also known as a red carotenoid pigment, generally found in plants and also present in the blood

Lycopene antioxidant helps to fight against many life threatening diseases and certaintissues of animals.Lycopene is very useful in the management of carcinoma of prostate gland and it offers protection from myocardial ischaemia, atherosclerosis, ventricular arrhythmias and cerebral ischaemia.

The main source of lycopene is tomato, which contains approximately 80% of lycopene. Compared to toma- to, lycopene’s presence in guava, watermelon and pink grapefruit are very small amounts. Lycopene protects plants from light-related stress and helps them use the energy of the sun to make nutrients.

According to studies conducted by various institutes across the globe, lycopene has been found to inhibit proliferation of several types of cancer cells, including those of breast, lung, prostate and endometrium and it reduces the risk of exercise-induced asthma in some patients. The studies suggest a combination of low concentrations of lycopene with dihydroxy vitamin D3 exhibit a synergistic effect on cell proliferation, differen- tiation and an additive effect on cell cycle progression.

This synergistic anti-proliferative and differentiating effects of lycopene and other compounds found in the diet and in plasma (colourless watery fluid of blood and lymph containing no cells and in which erythrocytes and leukocytes and platelets are suspended) suggest the inclusion of the carotenoid in the diet or dietary sup- plementation as a cancer preventive measure.

Dietary supplementation of lycopene results significant increase in serum lycopene level and diminish amount of serum thiobarbituric acid reactive substances. There are indications that the lycopene levels increase in a dose dependent manner in the case of spa- ghetti sauce and tomato oleoresin. These are indicating that lycopene is readily absorbed from tomato products and may act as an in vivo anti-oxidant and plays very important role for preventing various types of cancers.

Maggi is back into Indian food market, while FSSAI goes to Supreme Court, again