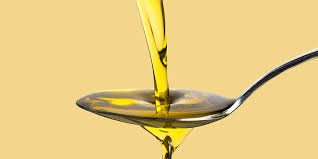 The wholesale prices and retail prices of vanaspati, soyabean oil, sunflower oil and RBD palmolein have decreased over the week. With the edible oil prices beginning to show a downward trend and are set to decline further, the Indian consumers can expect to pay less for their edible oils. The falling edible oil prices will help in cooling the inflation as well, said Secretary Department of Food and Public Distribution (DFPD), Sudhanshu Pandey.

“All major edible oil brands have cut prices by 10-15 rupees,” Pandey said. He added that this has been possible due to constant monitoring by the department, constant engagement with all stakeholders and multiple interventions by the government.

According to sources, the MRP of Fortune Refined Sunflower Oil 1 litre pack has been decreased to Rs. 210 from Rs. 220. The MRP of Soyabean (Fortune) and Kachi Ghani oil 1 litre pack from Rs. 205 to Rs. 195. The reduction in oil prices comes in the wake of Central Government reducing the import duty on edible oils making them cheaper.

Partha S Das, Joint Secretary, DFPD added that the surprise inspections conducted in Maharashtra Rajasthan, Gujarat, Madhya Pradesh, Uttar Pradesh, West Bengal, Telangana and Karnataka in phase-I and Phase-II at 156 and 84 entities respectively, had a deterrent impact as number of defaulting entities decreased in the Phase-II of the surprise inspections. In Phase-I, 53 entities and Phase-II, 12 entities inspected were found to be defaulting on the Central Stock Control Order.

Are vitamins a waste of money?