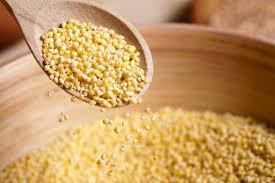 Government plans to hold several programmes in the country and abroad for popularizing Millets and other nutri-cereals. Besides, all Ministries/Departments of the Government of India, along with the State Governments, will promote the nutri-cereals in coordination with the Department of Agriculture and Farmers Welfare (DA&FW) and Department of Agricultural Research and Education (DARE).

Tomar said a Committee of Secretaries under the Chairmanship of Cabinet Secretary and a Core Committee chaired by Secretary, DA&FW and Secretary, DARE has been constituted to oversee the programmes and policies on popularizing Nutri-Cereals.

Over 500 Startups are working in Millet value chain while the Indian Institute on Millet Research, has incubated 250 Startups under RKVY-RAFTAAR. More than Rs 6.2 crore has been disbursed to over 66 startups while about 25 startups have been approved for further funding.

Foreseeing a positive growth of collagen market in India