Kerala bans Pulmo Plus, a health supplement from British Biologicals for one year 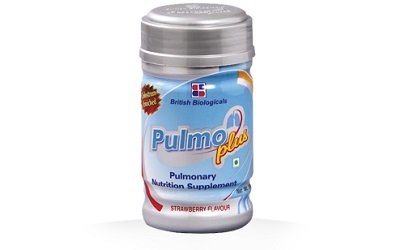 A prominent health supplement for children, Pulmo Plus, manufactured by British Biological, Bangalore is banned in Kerala for one year by commissioner of food safety on August 3 after multiple complaints. The office of commissioner of food safety, Kerala, has banned the product in the state after follow up inspections done by food analysts, which confirm the presence of living/dead insects in the container and product. The product Pulmo Plus, which is available in six different flavours, is a proprietary health supplement mainly prescribed by doctors for improving health conditions of children.

The order reads “Repeated complaints about the presence of insects in different batches of the product are a serious health risk issue warranting prohibition of sale of the product in the entire State. Therefore the Commissioner of Food Safety in the interest of Public Health prohibit, under Section 30(2)(a) of FSS Act 2006, the storage, distribution or sale of Pulmo plus manufactured by British Biologicals, in Kerala for one year from the date of this order or until the required food safety measures were taken by the manufacturer and certified by the Commissioner of Food Safety, Karnataka where the product is manufactured.”

Based on the first complaint filed by Dileep Nair on March 18, 2015, the sample was forwarded to Food Analyst, Thiruvananthapuram and the Analyst reported that insect larvae and living insects were present in the sample received with manufacturing date September 2014.

The second complaint from Prasanth on August 2, 2015 was submitted to the Commissioner of Food Safety and on physical examination of the product it was convinced that living and dead insects were present in the product. The date of manufacture of product was October 2014 and was labelled best before 18 months from the date of manufacture.