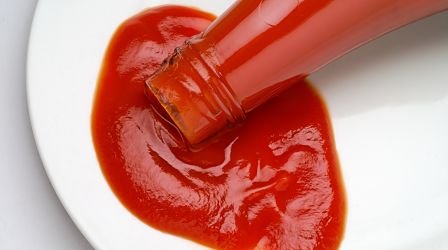 Due to steep rise in prices of tomatoes, more and more people have turned over to this ‘quick-fix solution’ like tomato

puree/ ketchup which has shot up by 20-25% within two weeks to keep their kitchen budget intact, according to latest

tomatoes, onion, ginger etc, according to a country-wide survey conducted by the Associated Chambers of Commerce and

Industry of India (ASSOCHAM) under the aegis of ASSOCHAM Social Development Foundation (ASDF).

The survey was conducted in major cities like Delhi-NCR, Mumbai, Kolkata, Chennai, Ahmedabad and Hyderabad. Over

1,000 hosewives and 1,000 employees took part in it. The maximum impact was felt in Delhi-NCR followed Mumbai,

Ahmedabad. Around 72% of lower middle class families have been forced to skip or squeezed their budgets for vegetables

to keep their kitchen budget intact, reveals the survey.

“The demands for tomato puree and ketchup, ginger-garlic pastes have gone up by 20-25% due to high fluctuations of

Tomato prices have increased to Rs. 65 per kg in Delhi from Rs. 40 per kg a month ago. The average prices of tomatoes

across major cities have risen to Rs. 55/kg from Rs. 30 a month ago. Similarly, onion prices have increased to Rs. 37.52

According to survey, the local grocers have also increased stock of tomato puree/ketchup and ginger-garlic paste. The local

grocer said, in the last two weeks there has been a rise in sales of products such as puree, ginger-garlic paste, bhindi

Prices of tomatoes, onions besides fruits have gone up by 50-55%.  Fruits have also become a luxury for the lower middle

class; one spends less on buying puree/ ketchup than a kilo of fresh tomatoes. Packed food products appeared to be a

According to the survey, a middle class family cannot predict their monthly household expenses for next month cause

prices are unpredictable it is not only the prices of pulses, rice  etc but prices of vegetables, fruits, milk and other

household items also make presence and importance felt from time to time. They are now forced to rethink their daily

menus as they prefer to buy veggies in bulk instead of every day.

The rise in vegetable price has come as a double-shocker for the denizens. Vegetables are increasingly becoming

‘unaffordable’ as the prices have skyrocketed particularly in metros and major cities.

As per the findings, about 87% of the respondents said that rising food prices have made their life even tougher, 76% of

the respondents felt that vegetables at current prices are not even an option for a family of six, where the monthly salary

As per the survey, most of the low-income families are highly dependent on vegetables to make their main meal as pulses

are already out of their reach, reveals the survey.

Most ready-to-eat food products are priced Rs 25 and upwards and serve 2-3 adults. From readymade vegetable cutlets,

Mr. Rawat said the sudden spurt in vegetables prices has hit the ordinary consumer, especially in metro cities. He added

that consumers are now being forced to avoid fresh fruits and vegetables and turning to packaged foods. Several