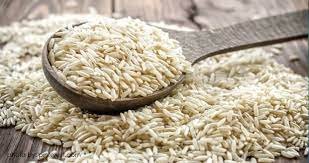 In order to popularise and create awareness about the benefit of fortified rice especially in tribal areas of the country, the Department of Food and Public Distribution (DFPD) is coordinating with Gujarat, Maharashtra, Chhattisgarh, Madhya Pradesh, Jharkhand, Telangana Rajasthan, Kerala to organise workshops and seminars in the sensitive areas of tribal belts and districts that have population that are vulnerable to thalassemia and sickle cell anaemia.

So far, workshops/seminars have been organised in 5 locations across 4 States namely: Valsad in Gujarat, Nandurabar and Nashik in Maharashtra, Kanker in Chhattisgarh and East Singhbhum, Jamshedpur in Jharkhand.

The experts discussed the importance of Fortification and how it will boost nutritional requirements of the people of the country.

Fortification is the process of adding fortified rice kernels (FRK), containing FSSAI prescribed micronutrients (Iron, Folic Acid, Vitamin B12) to normal rice (Custom Milled Rice) in the ratio of 1:100 (Mixing 1 Kg of FRK with 100 Kg custom milled rice). Fortified rice is nearly identical to traditional rice in aroma, taste, and texture. This process is done in the rice mills at the time of milling of rice.