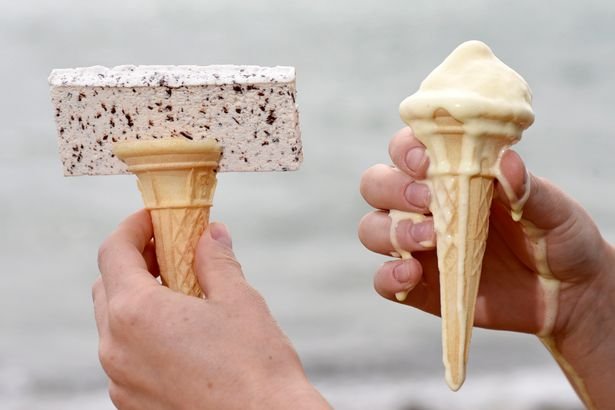 Robert Collignon, food expert has created a freeze-dried ice cream which doesn’t melt even after one week of British summer. The product name ’Gastronaut Ice Cream’ combines the word gastronomy the art of cooking and eating fine food with the original name for freeze-dried ice cream ’Astronaut Ice Cream.
“I’ve sourced super-premium organic ice cream that’s made in Brooklyn. You could scoop it up and put it on a cone. Instead, I slice it into rectangles and put it into a freeze-dryer for a day. After it’s freeze-dried, you pop it into your mouth, and it tastes just as good as the frozen ice cream it started with actually better, because my secret is to add a touch of sea salt” explained Collignon.
“I started making my own freeze-dried ice cream a couple of years ago and it was so good that I quit my office job to make it full time. Since then I’ve been traveling the country, taking lots of pictures, and developing Gastronaut Ice Cream from a dream into a real business. I plan to sell it online at gastronauticecream.com, and in stores, but the first ice cream bars will be exclusively for Kickstarter supporters who help fund the initial production run”.
Collignon, who previously worked as a creative director, said, “Before you pop it in your mouth, it’s entirely different from frozen ice cream. “It crumbles in your hands and is room temperature. “But once you take a bite, it absorbs the moisture and transforms into the exact same sweet and creamy ice cream you’ve known all your life – but with no brain freeze.
“Ice cream is delicious and deserves to be eaten everywhere, no matter how far from a freezer.” He added, “Freeze-dried ice cream has traditionally been for astronauts and backpackers, but I’m expanding that to every activity on the planet from living in a van to being in boring meetings. The bar will retail at about £4.50 ($6) and is currently available for about £3.80 per bar ($5) on Kickstarter. After the Kickstarter campaign, Gastronaut Ice Cream will be available on gastronauticecream.com and in selected stores in Brooklyn, with hopes of expanding as far as the UK.

Mega Food parks can be key linkage between farm and market