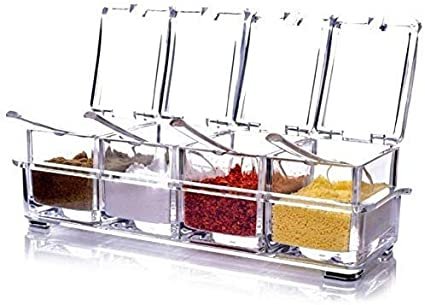 A recent study on the potential for cross-contaminating kitchen surfaces with pathogens during food preparation has pointed to an unlikely culprit for spreading sickness: spice containers.

Researchers from the Department of Food Science at the Rutgers School of Environmental and Biological Sciences in collaboration with North Carolina State University, concluded that when consumers are preparing meals, spice containers can easily become cross-contaminated with health-threatening microorganisms. Cross-contamination is the process by which microbes are transferred from one substance or object to another, often with harmful effects.

“We were surprised because we had not seen evidence of spice container contamination before. Most research on the cross-contamination of kitchen surfaces due to handling of raw meat or poultry products has focused on kitchen cutting boards or faucet handles and has neglected surfaces like spice containers, trash bin lids and other kitchen utensils. This makes this study and similar studies from members of this group more comprehensive than previous studies”, said the researchers.

The study was commissioned by the US Department of Agriculture’s (USDA) Food Safety and Inspection Service.